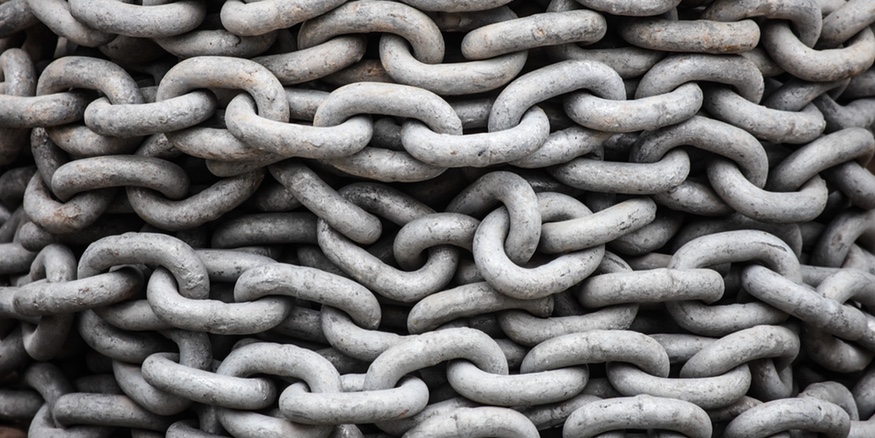 Apple’s HomePod is a smart speaker that’s powered by Siri. Audio can be pushed to it via AirPlay, but really, it’s designed to be vocally commanded. “Siri, play the last album I purchased on iTunes.” “Siri, play my ‘Yoga in Nothing But Socks’ playlist.” The HomePod sounds good too. Consumer Reports aside, it’s receiving applause from notoriously-hard-to-please audiophiles.

Sure, Siri sometimes gives wrong answers to basic queries, but it does a good job playing music.

So why is my HomePod silent right now?

It’s not for lack of options. I have 1,910 tracks uploaded to iTunes Match and another 9,207 tracks matched by it. I have a total of 14,889 tracks in my iTunes library. I also have access to the 45 million songs available in Apple Music.

So what’s the problem?

Me. I’m the problem. I am the weakest link.

I play music like a machine, with laser precision and unnerving monotony. If I like a particular song, artist, album or playlist, I will play it over and over and over and over again—much to my partner’s dismay. It’s like ordering takeout over the web. I can’t just get potstickers. I have to get these particular potstickers, made by that specific restaurant, and prepared just the way I like them. Except I’m sat down, glaring at my HomePod because I can’t remember more than ten names of the 14,889 tracks in my iTunes library, and I’m certain that I’ll despise 44 out of the 45 million songs available via Apple Music.

It gets worse. Siri reminds me—in the typical accidental-but cruel fashion of an AI assistant—that “Crucify” is the name of the first track of Tori Amos’ album, “Little Earthquakes”, not the title of the album itself (which was released in 1992, so forgive me if I don’t remember it, there’s a lot of water under that bridge). “Little Earthquakes” is an amazing album. Apparently I don’t always remember what it’s called. Which is fine when I’m browsing through my iTunes library.

I can easily look at albums by The National and think, “Oh yeah, High Violet has those cool crazy songs like ‘Bloodbuzz Ohio’ and ‘Conversation 16’, whose names don’t really seem to have anything to do with anything.” I may want to leave the silver city ‘cause all the silver girls gave me black dreams, but that doesn’t mean I can remember the name of the song. Although now that I’ve discovered the video for “Conversation 16”, with Mad Men’s Roger Sterling (John Slattery) fighting Venture Brothers’ Rusty Venture (James Urbaniak) for the attention of the US President, played by Kristen Schaal (from pretty much everything), I can safely say my day is complete.

It’s likely that my friend Reid, with his 60,000 track collection, would do a better job at ordering Siri around. Reid is a true music lover, whereas I flit from band to band, song to song and album to album as my mood takes me (even when I play them to death). Which brings me to another point: I don’t even think in terms of albums anymore. Sure, I will always remember “Dark Side of the Moon” or “Wish You Were Here”. But I confuse “Crucify” for “Little Earthquakes” because the album came out over 26 years ago and “Crucify” is the strongest song on an album full of strong songs.

But Siri is persistent. She tries hard to do what I’m asking. I can tell Siri things like, “Play the most recent album by The Shins” and that’s most likely what I’ll hear. On the other hand, HomePod doesn’t currently support Internet Radio stations (something that I hope will change soon), so when I say, “Hey Siri, play Radio Paradise”, it somehow cheerfully replies, “Playing Hip Hop!”, which is capital “D” different from what I requested. I really have no idea how it get from A to B on that one. And I cannot for the life of me say “Doves” in a way that Siri understands me. Despite having every track by the Doves in my library, Siri consistently hears me say “Dogs” or “Drugs”, bands I have no tracks by in my library, or sometimes Siri finds a band whose name is a random jumble of letters starting with “D” and plays them. Siri tries; I am not up to the task.

Like most people, I find it easier and faster to visually scan through a list of artists and locate a song or an album I’m looking for. But interacting with Siri that way doesn’t work—she can’t read my mind. Yet. Which means that I have to adapt my listening habits to the HomePod.

I’m ready to do this because, like other Apple users, I am done with iTunes. Firing up iTunes on my Mac, hoping that it doesn’t just show me a screenful of black; trying to get it to actually show me the music window; hoping that it will actually decide to let me listen to my library and not give me a spinning beach ball of death or sit there trying to connect to the iTunes Store. That sucks the joy out of listening to music. With HomePod, some of that joy returns—the music sounds great and when I can remember what it is that I want to listen to, it’s almost effortless to get Siri to play it. It’s the rest of the time that’s a problem.

Most humans aren’t good at precise communication—in speech or text. We get flustered, we confuse words, we mess up the order, we misremember things, we say what we don’t mean. The move away from typing and mousing and clicking and tapping to more natural interfaces makes this imprecision a primary weakness, and it is a weakness that those who design our software and hardware will have to overcome. Because right now, we’re adapting to their chosen systems. In the future, that must change—their systems will have to adapt to us.