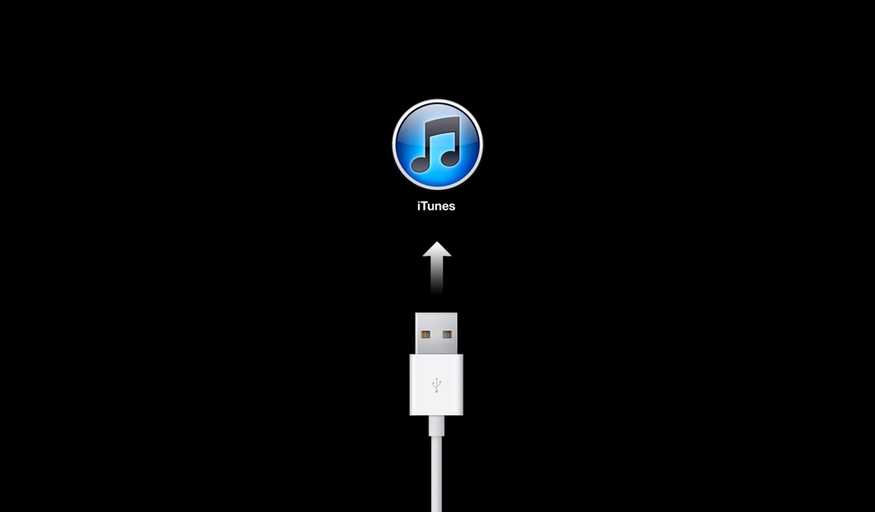 Many iOS users found their devices bricked - after installing the update they were stuck asking to be connected to iTunes. iTunes would only replace the OS, wiping out all data on the device - and even that wouldn’t succeed.

If you only use an iPhone for phone calls and don’t use a lot of apps or media with it then you can probably skip this and throw caution to the wind. Otherwise it helps to be aware of best update practices and what they can and can’t protect you from.

Wait until you have both time and a stable high speed Internet connection before updating.

If your update goes smoothly - and odds are it will - you’ll have plenty of time to spare. But if you have problems, you don’t want to be stuck trying to restore everything on your device over a slow Internet connection.

Unless it’s a critical software update or you like to live on the edge (raise hands here? I know I’m not the only one) definitely wait until you’re not traveling.

Backup Before You Update

You hear this all the time but many people don’t do it:

Back up either to iCloud or iTunes

If you back up to iTunes, be sure to set an encryption phrase - if you don’t, your backup will not include passwords, wifi settings, browser history or health data. You should also encrypt simply on principle to protect your information.

But - and here’s a great big but - this still won’t completely protect you in case your phone gets bricked and you have to reinstall iOS.

What Happens If Things Go Wrong

If your device gets bricked and you have to do a full reinstall, expect that you’ll:

Unfortunately there’s simply no way to completely protect yourself. Some of these issues arise due to security concerns, some happen because backups don’t contain media (otherwise they’d become so large as to be unusable).

While you can transfer movie rentals from iTunes to an iOS device, it does not appear that you can transfer them back. So if you update iOS and encounter a problem that forces you to wipe your device, you’ll need to rely on the kindness of iTunes Customer Service to help you out. If you politely underscore the fact that Apple’s iOS update caused the problem they may be kind to you.

Other apps are a crapshoot. Amazon’s Kindle app will download Kindle ebooks again. Amazon’s Video app does not re-download videos. This is very much up to the app provider.

One at a Time

Many of Apple device owners have more than one device. While it’s tempting to rip the bandaid off and update them all at once, this increases the risk involved.

If you use two factor authentication (which you absolutely should do), be careful to only update one device at a time. You may need to use another device to authenticate yourself if you have to reinstall iOS.

You may also need a working device to research how to solve problems or to contact Apple customer service.

So take a deep breath, relax and update one device at a time.

In Case of Emergency

If you end up with the dreaded “connect to iTunes” screen of death then do exactly that. iTunes will bring up a page for your device and offer to restore its software. If this fails, iTunes may insist on erasing the device.

If this happens, you’ll be given the chance to restore from an iTunes backup or an iCloud backup. You’ll need your iTunes account email address and password handy, and you’ll need a second device if you’ve enabled two factor authentication (and of course if upgrading your phone failed, Apple won’t be able to send you a text message giving the second factor).

If this is a major release of iOS (like version 10 was) and you go through all this and it still fails, take a break. Go get some lunch or coffee or take a walk. There’s a good chance that the problem is that Apple’s servers are overwhelmed. Take a break for an hour or two, check online for any news about the problem and then try again to restore.

If you’re still unable to restore then give AppleCare a call or chat or make a Genius Bar appointment.

While Apple described the problems as “affecting only a small number of users”, it’s more likely that it affected a small percentage of users, which would still be many, many people.

And while that means that the update went smoothly for many, many, many, many more people, I wish Apple would own up to the impact that a bricked device can have on the people who had problems. From losing paid-for content to spending frustrating hours trying to revive their devices to losing productivity because many of Apple’s customers actually do create using their iPhones and iPads.

I don’t mean to minimize the challenges Apple faces when it releases a major iOS update. They see a huge surge in traffic. Building systems that can survive traffic surges like Apple sees is challenging. Historically Apple’s software updates have caused noticeable surges in overall Internet traffic. But this isn’t the first time an iOS update has had problems.

Apple talks more and more about services. If they’re serious about services then iOS updates should be routine. Of course they shouldn’t fail. But if they do fail they should fail gracefully - communicating the real issues to users and advising them to come back later when Apple’s servers are available, instead of forcing users to needlessly wipe their iPhones and iPads when the problem is simply that an Apple server is overloaded.