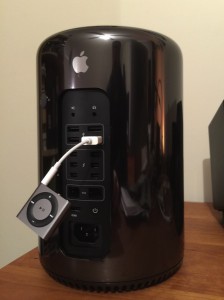 A Mac Pro is so fast that it will automatically write an app and get it in the app store for me.

I need a permanent computer to connect my iPod Shuffle.

That is if it doesn’t have a GPU hardware problem which causes it to lock up and crash frequently, which it couldn’t possibly have out of the box, right?

Everyone needs a computer that looks like a vase.

I wouldn’t possibly spend half a day trying to get a vase not to crash, right?

I can run all the Vagrant instances at the same time. All of them.

“Wow! They have Nick Cave dolls now? I waaaant one!”